Zrythm is a digital audio workstation designed to be featureful and easy to use. It allows limitless automation through curves, LFOs and envelopes, supports multiple plugin formats including LV2, VST2 and VST3, works with multiple backends including JACK, RtAudio/RtMidi and SDL2, assists with chord progressions via a special Chord Track and chord pads, and can be used in multiple languages including English, French, Portuguese, Japanese and German.

Zrythm is free software written in C using the GTK+3 toolkit and can be extended using GNU Guile.

Zrythm is currently in alpha. Most essential DAW features are implemented and we are working towards a stable release. 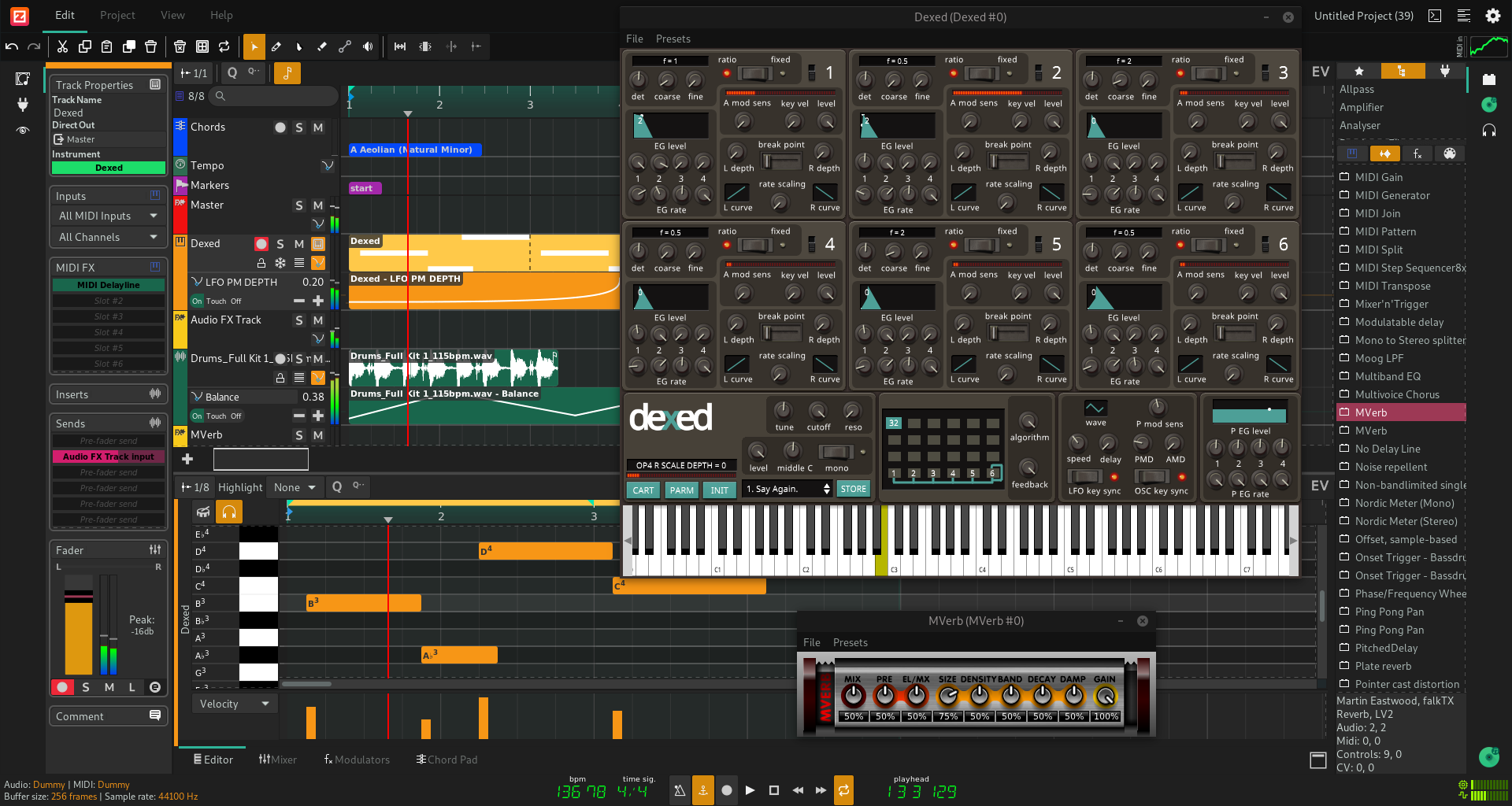 Support for all formats besides LV2 is possible thanks to Carla.

See HACKING.md and the developer docs.

Zrythm is free software: you can redistribute it and/or modify it under the terms of the GNU Affero General Public License as published by the Free Software Foundation, either version 3 of the License, or (at your option) any later version.

The full text of the license can be found in the COPYING file.

Some files, where specified, are licensed under different licenses.

If you would like to support this project please donate below or purchase a binary installer from https://www.zrythm.org/en/download.html - creating a DAW takes thousands of hours of work and contributions enable us to spend more time working on the project.

Copying and distribution of this file, with or without modification, are permitted in any medium without royalty provided the copyright notice and this notice are preserved. This file is offered as-is, without any warranty.